Urban stairs: an ascending trek in the heart of Lavis 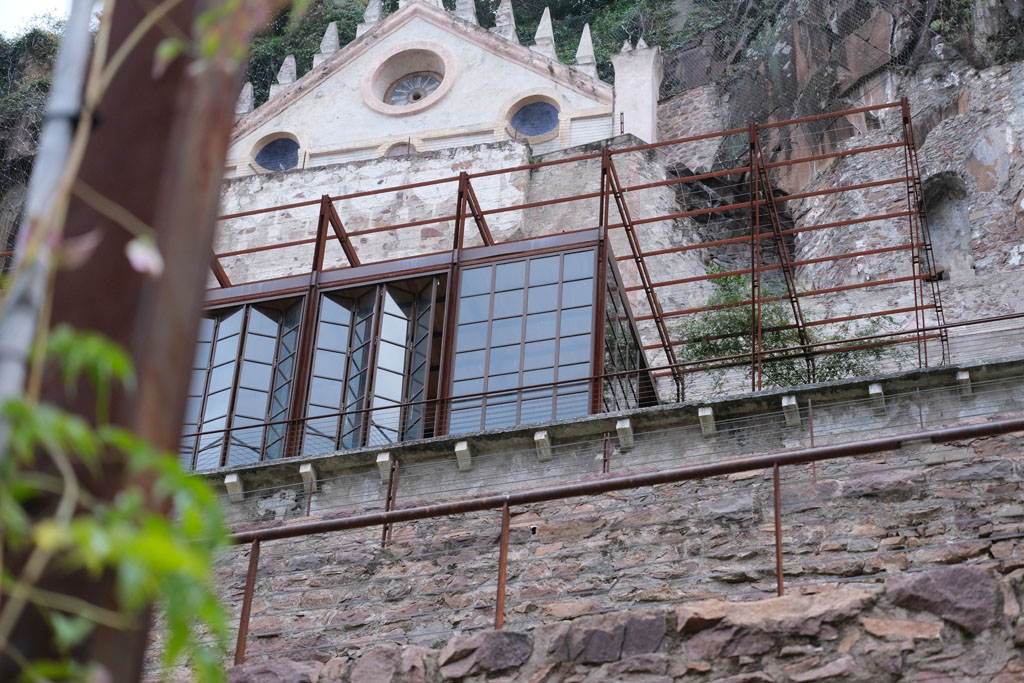 Visiting Monfort Cellars can become a 360-degree immersive experience, taking you inside the depths of the earth to rise up and touch the sky. Fantasies? No, the “Urban Stairs” trek invites you to descend the spiral stairs that lead underground, into the heart of the winery and discover a world hidden from view in the center of Lavis.

Two wines and sparkling wines are offered in our barrel cellar- an old large glass concrete tank. An educational and sensory tasting, conducted where the wine begins its temporal history. Some finger foods expertly prepared by our trusted gastronome Corrado Paoli accompany the two glasses.

The route continues by descending to the top level of the cellar and then rising again to the surface and being led by a guide from the Argentario Ecomuseum through the historic streets of Lavis that lead up to the Bortolotti Garden known as the Ciucioi Garden. The garden, one of the few that develops vertically, is an invitation to look up and with it the ambition and courage to embark on a path of ascent to the top, to the light.

Flowers, saplings, shrubs, fountains, paintings, a mystical and mysterious setting, expertly warped by Tommaso Bortolotti, its creator and builder. The guided tour of the Garden ends with a toast on the Lovers’ Balcony, which offers a breathtaking view of the town of Lavis and the power of its stream, the Avisio.